Blog
You are here: Home / Blog / News / Conference / Panel / Towards the Abolition of Suffering Through Science

An online panel focusing on reducing suffering & paradise engineering through the lens of science.

Note, consider skipping to to 10:19 to bypass some audio problems in the beginning!!

Andrés Gómez Emilsson: Qualia computing (how to use consciousness for information processing, and why that has ethical implications)

David Pearce: The ultimate scope of our moral responsibilities. Assume for a moment that our main or overriding goal should be to minimise and ideally abolish involuntary suffering. I typically assume that (a) only biological minds suffer and (b) we are probably alone within our cosmological horizon. If so, then our responsibility is “only” to phase out the biology of involuntary suffering here on Earth and make sure it doesn’t spread or propagate outside our solar system. But Brian, for instance, has quite a different metaphysics of mind, most famously that digital characters in video games can suffer (now only a little – but in future perhaps a lot). The ramifications here for abolitionist bioethics are far-reaching.

The event was hosted on the 10th of August 2015, Venue: The Internet

Towards the Abolition of Suffering Through Science was hosted by Adam Ford for Science, Technology and the Future. 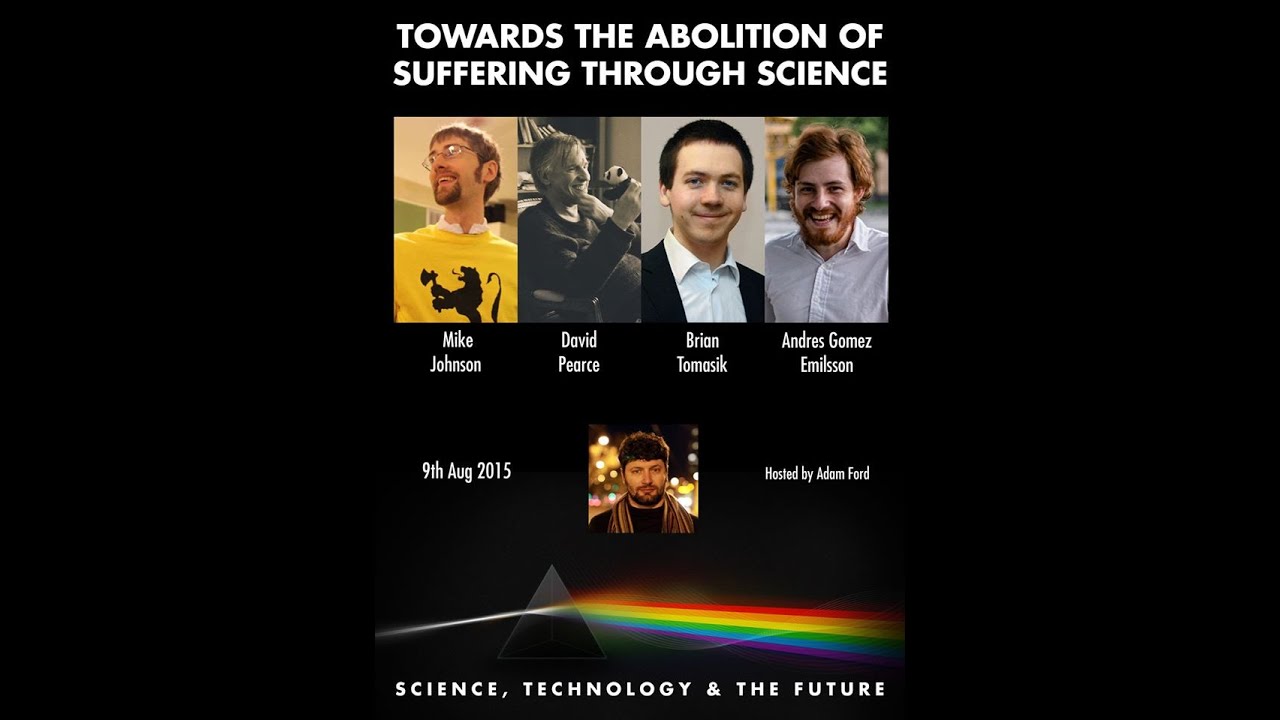 Towards the Abolition of Suffering Through Science

Metamorphogenesis - How a Planet can produce Minds, Mathematics and Music - Aaron Sloman

Michio Kaku - The Future of the Mind - Intelligence Enhancement & the Singularity

Was Friedrich Nietzsche a Transhumanist? A critique by David Pearce
0 replies