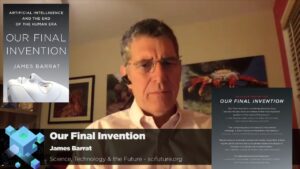 James Barrat is a documentary filmmaker, speaker, and author of the nonfiction book Our Final Invention: Artificial Intelligence and the ...
Read More 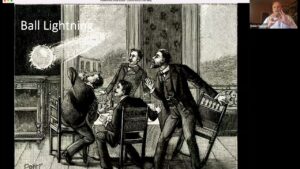 Robin Hanson – UFOs what the hell? 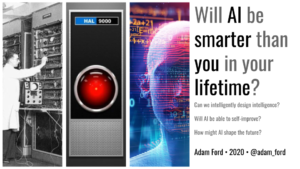 Artificial Intelligence – Will it be Smarter than You in Your Lifetime?

Adam Ford argues for the position that Artificial Intelligence Will Be Smarter Than Humans in the lifetime of a young ...
Read More

Hugo de Garis on AI, the story leading up to where we are now, and the possibilities for AI in ...
Read More 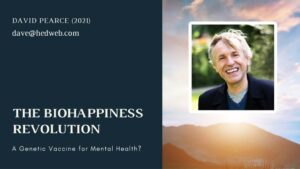 Philosopher David Pearce discusses the Biohappiness Revolution, and his forthcoming book. What is health? According to WHO: "Health is a ...
Read More

A talk at EAGx Melbourne by David Pearce about suffering and how to get rid of it. David predicts we ...
Read More

Are we alone in our sector of the cosmos? Do sightings of unidentified aerial phenomena herald an alien invasion?
The declassification ...
Read More 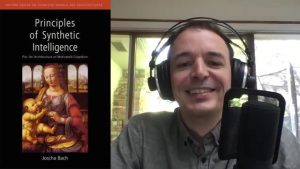 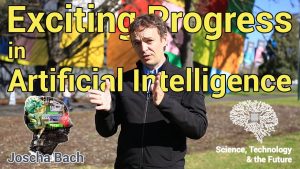 Joscha Bach discusses progress made in AI so far, what's missing in AI, and the conceptual progress needed to achieve ...
Read More

Joscha Bach on ethical progress, and AI - it's fascinating to think 'What's the ultimate utility function?' - should we seek ...
Read More 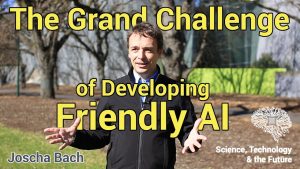 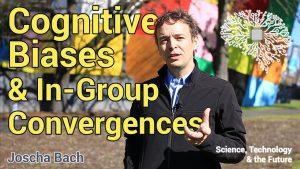 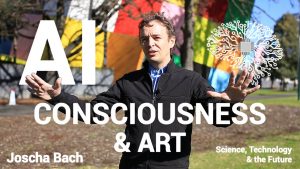 Here Joscha Bach discusses consciousness, it's relationship to qualia and whether an AI or a utility maximizer would do with ...
Read More

Fascinating interview with Nobel Laureate Professor Peter Doherty on the COVID-19 pandemic, the nature of COVID-19, where it came from, ...
Read More 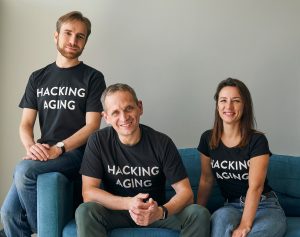 Congrats to Gero for the $2.2m of funding to create a drug that helps extend human life! I did two ...
Read More 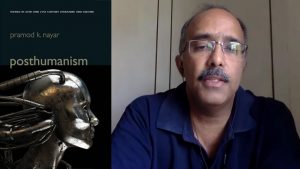 Interview with Pramod K. Nayar on #posthumanism 'as both a material condition and a developing philosophical-ethical project in the age ...
Read More

Here we grapple with a number of fascinating topics, including:

Epistemology – which questions what knowledge is and how it can be acquired, and the extent to which knowledge pertinent to any given subject or entity can be acquired. Much of the debate in this field has focused on the philosophical analysis of the nature of knowledge and how it relates to connected notions such as truth, belief, and justification.

Philosophy of Science – a branch of philosophy concerned with the foundations, methods, and implications of science. The central questions concern what counts as science, the reliability of scientific theories, and the purpose of science. This discipline overlaps with metaphysics, ontology and epistemology, for example, when it explores the relationship between science and truth.

Unprecedented Technological Growth – Over the last few decades we have seen unprecedented technological change.   Our ability to visualize impacts of technological convergence in the short, medium and long term is detrimental to our survival.  With informed estimates of possible futures, we can hope to achieve clearer visions for a better future, let’s leverage growth in powerful new technologies  to solve global problems.

Many Thanks to all who participated in previous conferences!

Videos of the presentations are at http://youtube.com/TheRationalFuture

Join the Meetup Group for up to date info on related activities!

What is ‘Science, Technology & the Future’?

We convene a diverse range of thought leaders to explore potentials in technological growth to solve some of humanities grandest challenges. Scientists, Engineers and Philosophers discuss evidence-based research, community awareness of science, and scenarios for navigating our future.

The Science, Technology & the Future conferences & meetups are held in Melbourne, Australia

We live in a time of great change, and unprecedented risks to global safety and prosperity. Some of these changes may threaten our survival — but let us take solace that great change brings great opportunities. We have the societal framework to deal with increasingly complex problems, harnessing the accumulated weight of thousands of individuals in fields as narrow as a nanotube and as overlapping as the world wide web. Let us take the opportunity to future-proof our efforts to find solutions.

Under normal conditions the research scientist is not an innovator but a solver of puzzles, and the puzzles upon which he concentrates are just those which he believes can be both stated and solved within the existing scientific tradition. Thomas S. Kuhn

Advances in Nanotechnology and Materials Science will help convert Waste into useful material, and help develop powerful photovoltaics to leverage energy from the largest power source in the solar system – dramatically reducing our footprint on the environment.

Neuroscience will continue to inspire AI, and vice versa. With more intelligence, we can hope for quicker and better solutions to achieving our goals and solving our problems.

Ethics Guided by Evidence and Reason

Science is opening up more and more ways to pursue evidence based research on what it means to be human – expanding our sphere of ethical consideration.

Technology is a double edged sword. In deciding to develop or not develop technology, to research or not research – we must respect both risk and opportunity.

The grand goal of AI is to develop systems that exhibit general intelligence on a human-level or beyond. If achieved, this would have a far greater impact on human society than all previous inventions together, likely resulting in a post-human civilization that only faintly resembles current humanity.Marcus Hutter - Deepmind
If we want our species to survive in the long term, human beings cannot afford to stop reaching for the stars.Peter Doherty - Nobel Laureate
The fact that Deep Blue can beat Kasaprov just shows that brute force can sometimes achieve what would otherwise require real thought.Tim van Gelder - Applied Epistemologist
Is artificial superintelligence (ASI) imminent? The history of AI progress is replete with examples of how intelligent systems have surpassed peak human capability in a variety of interesting domains. Exploring existing trends into the not too distant future paints a picture of how AI will likely outpace human capability in most or not all areas of economic usefulness, such as mostly automated science, engineering and technological development – resulting in explosive progress more significant than the agricultural and industrial revolutions.Adam Ford - Information Architect / Conference Organizer
Follow us on twitter

Philosophy of science has traditionally focused on the relation between scientific theories and the world, at the risk of disregarding scientific practice. In social studies of science and technology, the predominant tendency has been to pay attention to scientific practice and its relation to theories, sometimes wilfully disregarding the world except as a product of social construction. Both approaches have their merits, but they each offer only a limited view, neglecting some essential aspects of science. We advocate a philosophy of scientific practice, based on an analytic framework that takes into consideration theory, practice and the world simultaneously.

Often we are made aware of new gadgetry, shiny and improved!  Short term technological spinoffs from research can be useful, though some of the greatest human achievements have come through dedication to long term fundamental research which provides new knowledge.  There are also considerable financial reward per unit of effort in the long run.

What is science for?  Overcoming limitations is something that our species has been doing for a very long time – how can we use philosophy to guide science?