Blog
You are here: Home / Blog / Media / Video / The Future of Life in the Universe – Lawrence Krauss at the Singularity...

Prof. Lawrence M. Krauss is an internationally known theoretical physicist with wide research interests, including the interface between elementary particle physics and cosmology, where his studies include the early universe, the nature of dark matter, general relativity and neutrino astrophysics. He has investigated questions ranging from the nature of exploding stars to issues of the origin of all mass in the universe. He was born in New York City and moved shortly thereafter to Toronto, Canada, where he grew up. He received undergraduate degrees in both Mathematics and Physics at Carleton University. He received his Ph.D. in Physics from the Massachusetts Institute of Technology (1982), then joined the Harvard Society of Fellows (1982-85). He joined the faculty of the departments of Physics and Astronomy at Yale University as assistant professor in 1985, and associate professor in 1988. In 1993 he was named the Ambrose Swasey Professor of Physics, Professor of Astronomy, and Chairman of the department of Physics at Case Western Reserve University. He served in the latter position for 12 years, until 2005. During this period he built up the department, which was ranked among the top 20 Physics Graduate Research Programs in the country in a 2005 national ranking. Among the major new initiatives he spearheaded are included the creation of one of the top particle astrophysics experimental and theoretical programs in the US, and the creation of a groundbreaking Masters Program in Physics Entrepreneurship. In 2002, he was named Director of the Center for Education and Research in Cosmology and Astrophysics at Case.
Video of talk: 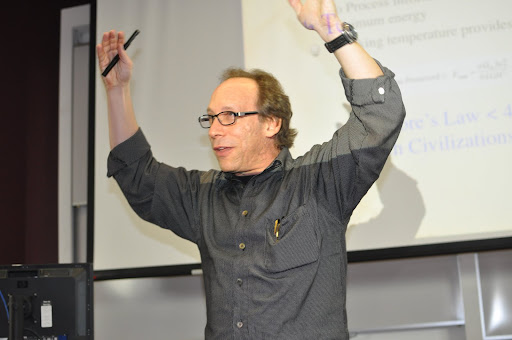 A Conference on Philosophy of Science & Epistemology

Brian Greene on Artificial Intelligence, the Importance of Fundamental Physics, Alien Life, and the Possible Future of Our Civilization