You are here: Home / Blog / Technoprogressive

Rejecting the two extremes of bioconservatism and libertarian transhumanism, Hughes argues for a third way, “democratic transhumanism,” a radical form of techno-progressivism which asserts that the best possible “posthuman future” is achievable only by ensuring that human enhancement technologies are safe, made available to everyone, and respect the right of individuals to control their own bodies.

Appearing several times in Hughes’ work, the term “radical” (from Latin rādīx, rādīc-, root) is used as an adjective meaning of or pertaining to the root or going to the root. His central thesis is that emerging technologies and radical democracy can help citizens overcome some of the root causes of inequalities of power.

The following video interview defines and describes the technoprogressive stance in biopolitics. It addresses the questions: What is Technoprogressivism? b) What is the history of the idea? c) What does the word mean when broken down into it’s parts ‘Techno’ & ‘Progressive’? c) How does it relate to Transhumanism? d) What are the benefits (emancipatory uses etc)? e) Who should we trust to regulate? f) What accounts for progress according to Technoprogressives? g) What are some contrasting ideological stances (i.e. Bioconcervatism & Libertarian Transhumanism) h) 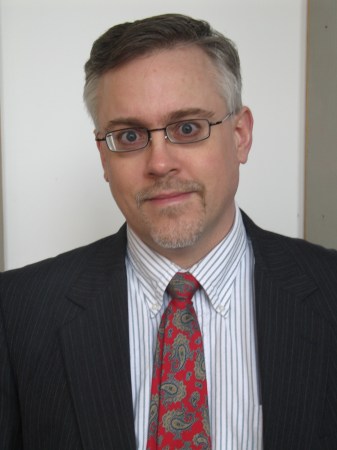 Another Interview with James Hughes – Director if IEET

In this video interview, James discusses biopolitics with focus on Technoprogressivism, how we came to this political stance (among other things).

James J. Hughes Ph.D. is a sociologist and bioethicist teaching health policy at Trinity College in Hartford, Connecticut in the United States.
– http://internet2.trincoll.edu/facProfiles/Default.aspx?fid=1004332
– http://ieet.org/index.php/IEET/bio/hughesHughes holds a doctorate in sociology from the University of Chicago, where he served as the assistant director of research for the MacLean Center for Clinical Medical Ethics. Before graduate school he was temporarily ordained as a Buddhist monk in 1984 while working as a volunteer in Sri Lanka for the development organization Sarvodaya from 1983 to 1985.
Hughes served as the executive director of the World Transhumanist Association (which has since changed its name to Humanity+) from 2004 to 2006, and currently serves as the executive director of the Institute for Ethics and Emerging Technologies, which he founded with Nick Bostrom. He also produces the syndicated weekly public affairs radio talk show program Changesurfer Radio and contributed to the Cyborg Democracy blog. Hughes’ book Citizen Cyborg: Why Democratic Societies Must Respond to the Redesigned Human of the Future was published by Westview Press in November 2004.
The emergence of biotechnological controversies, however, is giving rise to a new axis, not entirely orthogonal to the previous dimensions but certainly distinct and independent of them. I call this new axis biopolitics, and the ends of its spectrum are transhumanists (the progressives) and, at the other end, the bio-Luddites or bio-fundamentalists. Transhumanists welcome the new biotechnologies, and the choices and challenges they offer, believing the benefits can outweigh the costs. In particular, they believe that human beings can and should take control of their own biological destiny, individually and collectively enhancing our abilities and expanding the diversity of intelligent life. Bio-fundamentalists, however, reject genetic choice technologies and “designer babies,” “unnatural” extensions of the life span, genetically modified animals and food, and other forms of hubristic violations of the natural order. While transhumanists assert that all intelligent “persons” are deserving of rights, whether they are human or not, the biofundamentalists insist that only “humanness,” the possession of human DNA and a beating heart, is a marker of citizenship and rights.James Hughes, Democratic Transhumanism 2.0, 2002

Article on ‘What is Technoprogressive?’ by Mike Treder (march 2009): http://ieet.org/index.php/IEET/more/treder20090321
Treader says – A slightly different way to look at the word is to regard it as a portmanteau of “technology aware” and “politically progressive.” Consider these definitions:

And let’s add one more definition that will help sort things out:

I originally posted this article on H+ Magazine in 2014.