I think our first ethical priority is to stop doing harm, and right now in our factory farms billions of non-human animals are being treated in ways that if our victims were human, we would get the perpetrators locked up for life. And the sentience (and what it’s worth the sapience) of a pig compares with the pre-linguistic toddler. A chicken perhaps may be no more intellectually advanced or sentient than a human infant. But before considering the suffering of free living animals we need to consider, I think, the suffering we’re causing our fellow creatures.

It’s very straightforward indeed to be a vegetarian. Vegetarians tend to statistically live longer, they record high IQ scores, they tend to be slimmer – it’s very easy to be a vegetarian. A strict vegan lifestyle requires considerably more effort. But over the medium to long run I think our focus should be going vegan.

In the short run I think we should be closing factory farms and slaughterhouses. And given that factory farming and slaughterhouses are the greatest source of severe chronic readily avoidable
suffering in the world today, any talk of intervening compassionate stewardship of the rest of the living world is fanciful.

Will ethical argument alone persuade us to stop exploiting & killing other non-human beings because we like the taste of their flesh? Possibly not. I think realistically one wants a twin track strategy that combines animal advocacy with the development of in-vitro meat. But I would strenuously urge anyone watching this program to consider giving up meat and animal products if you are ethically serious.

The final strand of the Abolitionist Project on earth however is free-living animals in nature. And it might seem ecologically illiterate to argue that it is going to be feasible to take care of elephants, zebras, and free living animals. Because after all – let’s say there is starvation, it’s in winter, if you start feeding a lot of starving herbivores – all this does is lead the next spring to a population explosion followed by ecological collapse & more suffering than before.

However what is potentially feasible, if we’re ethically serious, is to micromanage the entire living world – now this sounds extremely far fetched and utopian, but I’ll sketch how it is feasible. Later this century and beyond, every cubic meter of the planet is going to be computationally accessible to surveillance, micro-management and control. And if we want to, we can use fertility regulation & immuno-contraception to regulate population numbers – cross-species fertility control. Starting off presumably with higher vertebrates – elephants for instance – already now – in the Kruger National Park for example – in preference to the cruel practice of culling, population numbers are controlled by immuno-contraception.

So starting off with higher vertebrates but eventually in our wildlife parks, then across the phylogenetic tree, it will be possible to micromanage the living world.

And just as right now if you were to stumble across a small child who is drowning in a pond – you would be guilty of complicity in that child’s drowning if you didn’t pull the child out – exactly the same intimacy over the rest of the living world is going to be feasible later this century and beyond.

Now what about obligate carnivores – predators? Surely it’s inevitable that they’re going to continue to prey on herbivores, so that means one might intuitively suppose that the abolitionist project could never be completed. But even there, if we’re ethically serious there are workarounds – in-vitro meat – for instance big cats if they are offered in vitro meat, catnip flavored in-vitro meat – they’re not going to be tempted to chase after herbivores.

Alternatively, a little bit of genetic tweaking, and you no longer have an obligate carnivore.

I’m supposing here that we do want to preserve recognizable approximations of today’s so-called charismatic megafauna – many people are extremely unhappy at the idea that lions or tigers or snakes or crocodiles should go extinct. I’m not personally persuaded that the world would be a worse place without crocodiles or snakes, but if we do want to preserve them it’s possible genetically to treat them or provide in vitro meat so that they don’t actually do any harm to sentient beings.

Some species essentialists would respond that a lion that is no longer chasing, asphyxiating, disemboweling zebras is no longer truly a lion. But one might make the same argument that a homo sapiens who is no longer beating his rivals over their heads, or waging war or practicing infanticide, slavery and all the other ghastly practices of our evolutionary past, or for that matter wearing clothes, that which are that someone who adopts a more civilized life style are no longer truly human – which I can only say good.

And likewise, if there is a living world in which lions are pacifistic, if a lion so to speak is lying down with the lamb I would say that is much more civilized. 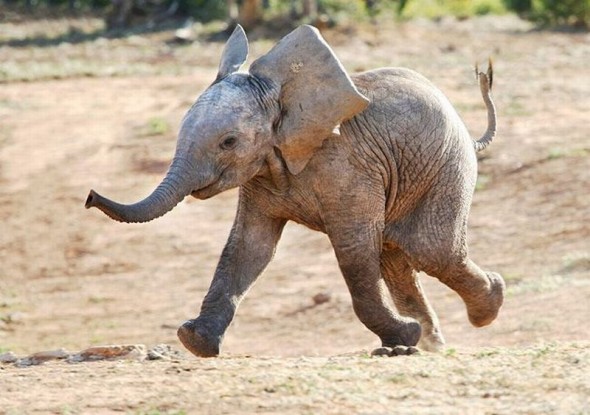 See this exerpt from The Antispeciesist Revolution:

If and when humans stop systematically harming other sentient beings, will our ethical duties to members of other species have been discharged? Not if the same ethical considerations as apply to members of other human races or age-groups apply also to members of other species of equivalent sentience. Thus if famine breaks out in sub-Saharan Africa and young human children are starving, then we recognise we have a duty to send aid; or better still, to take proactive to measures to ensure famines do not arise in the first instance, i.e. to provide not just food aid but family planning. So why not assist, say, starving free-living elephants? Until recently, no comparable interventions were feasible for members of other species. The technical challenges were insurmountable. Not least, the absence of cross-species fertility control technologies would have often made bad problems worse. Yet thanks to the exponential growth of computer power, every cubic metre of the planet will shortly be computationally accessible to micro-management, surveillance and control. Harnessed to biotechnology, nanotechnology and robotics, such tools confer unprecedented power over Nature. With unbridled power comes complicity. Ethically speaking, how many of the traditional cruelties of the living world do we wish to perpetuate? Orthodox conservation biologists argue we should not “interfere”: humans can’t “police” Nature. Antispeciesists disagree. Advocates of compassionate biology argue that humans and nonhumans alike should not be parasitised, starved, disembowelled, asphyxiated, or eaten alive.

As always, bioconservatives insist such miseries are “natural”; status quo bias runs deep. “”Custom will reconcile people to any atrocity””, observed George Bernard Shaw. Snuff movies in the guise of Nature documentaries are quite popular on Youtube, a counterpoint to the Disneyfied wildlife shows aired on mainstream TV. Moreover even sympathetic critics of compassionate biology might respond that helping free-living members of other species is prohibitively expensive. An adequate welfare safety-net scarcely exists for humans in many parts of the world. So how can we contemplate its extension to nonhumans – even just to large-brained, long-lived vertebrates in our Nature reserves? Provision of comprehensive healthcare for all free-living elephants, for example, might cost between two or three billion dollars annually. Compassionate stewardship of the living world would be technically daunting too, entailing ecosystem management, cross-species fertility control via immunocontraception, veterinary care, emergency famine-relief, GPS tracking and monitoring, and ultimately phasing out or genetically “reprogramming” carnivorous predators. The notional bill could approach the world’s 1.7 trillion-dollar annual arms budget. But irrespective of cost or timescale, if we are to be consistently non-speciesist, then decisions about resource allocation should be based not on species membership, but directly or indirectly on sentience. An elephant, for example, is at least as sentient as a human toddler – and may well be as sentient if not sapient as adult humans. If it is ethically obligatory to help sick or starving children, then it’s ethically obligatory to help sick or starving elephants – not just via crisis interventions but via long-term healthcare support.

A traditional conservation biologist might respond that elephants helped by humans are no longer truly wild. Yet on such a criterion, clothes-wearing humans or beneficiaries of food aid and family planning aren’t “wild” humans either. Why should this matter? “Free-living” and “wild” are conceptually distinct. To assume that the civilising process should be confined to our own species is mere speciesist prejudice. Humans, transhumans and posthumans must choose what forms of sentience we want to preserve and create on Earth and beyond. Humans already massively intervene in Nature, whether through habitat destruction, captive breeding programs for big cats, “rewilding”, etc. So the question is not whether humans should “interfere”, but rather what ethical principles should govern our interventions.